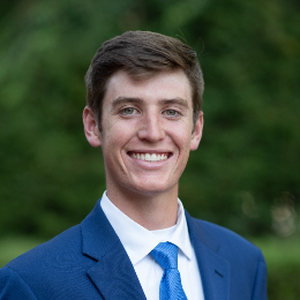 Welcome to my portfolio! You will find examples of my work that has been featured in The News-Gazette, the local Lexington, Va., newspaper, and in The Ring-tum Phi, Washington and Lee University's independent student newspaper.

Explore a featured selection of my writing work below.
202 Digital Journalism • 13th December 2022

Rockbridge and Alleghany counties might build a joint jail to deal with rampant overcrowding and understaffing. In the meantime, new programs are trying to help inmates reenter society.
The News-Gazette • 30th November 2022

In a Lexington City Council candidate forum where the main source of contention was over whether to elect or appoint school board members, Republican candidate Collette Barry-Rec raised the alarm of what she sees as misinformation and bad actors attempting to undermine the election. In a virtual candidate forum hosted by 50 Ways Rockbridge last week, Barry-Rec cited unknown forces attempting to divide people. “There is a lot of misinformation going around, and it’s very sad, because what it does is it pits one group against another,” Barry-Rec said. “I don’t want to be part of this. I want to step back and be a unifying force.”
The News-Gazette • 15th June 2022

Lexington voter registrar Jackie Harris is working to make sure elections in 2022 go on “without a hitch.” When asked what she sees as the biggest potential threat to the electoral process, Harris cited the essential need for voters to maintain confidence in the electoral process.
Load More
Close ✕